Join the Vespers and Candlelight Walk on December 9, 2022!

Bring a candle, or pick up a battery operated one from us at the park, and join your friends and neighbors for a magical kick off to the CHA holiday weekend!

St. John’s Church invites all to join for a community Vespers Service starting at 7:00 pm & ending at 7:30 pm to join the Walk

Regardless of weather – no rain date!

This is a FREE event for neighbors and friends. 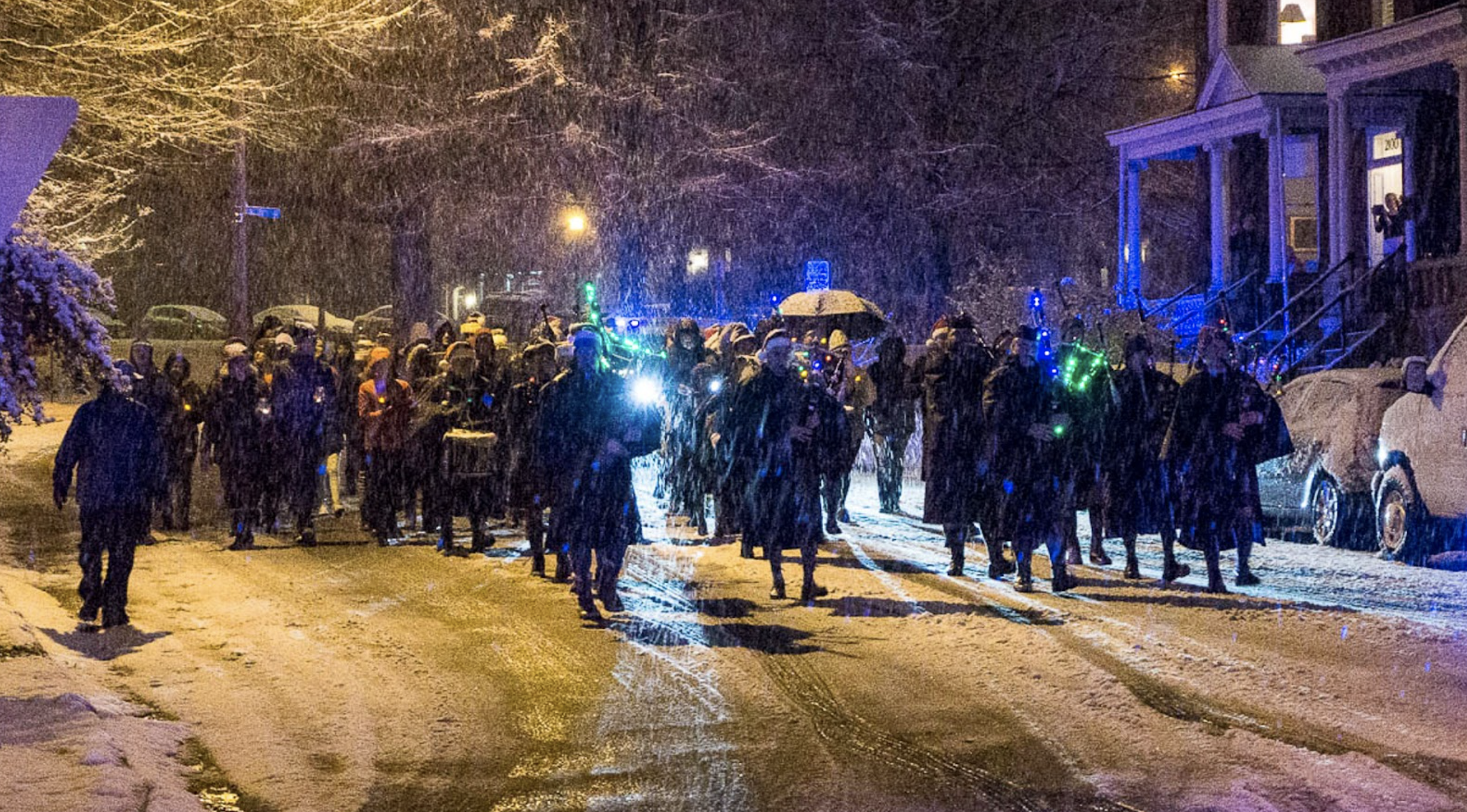 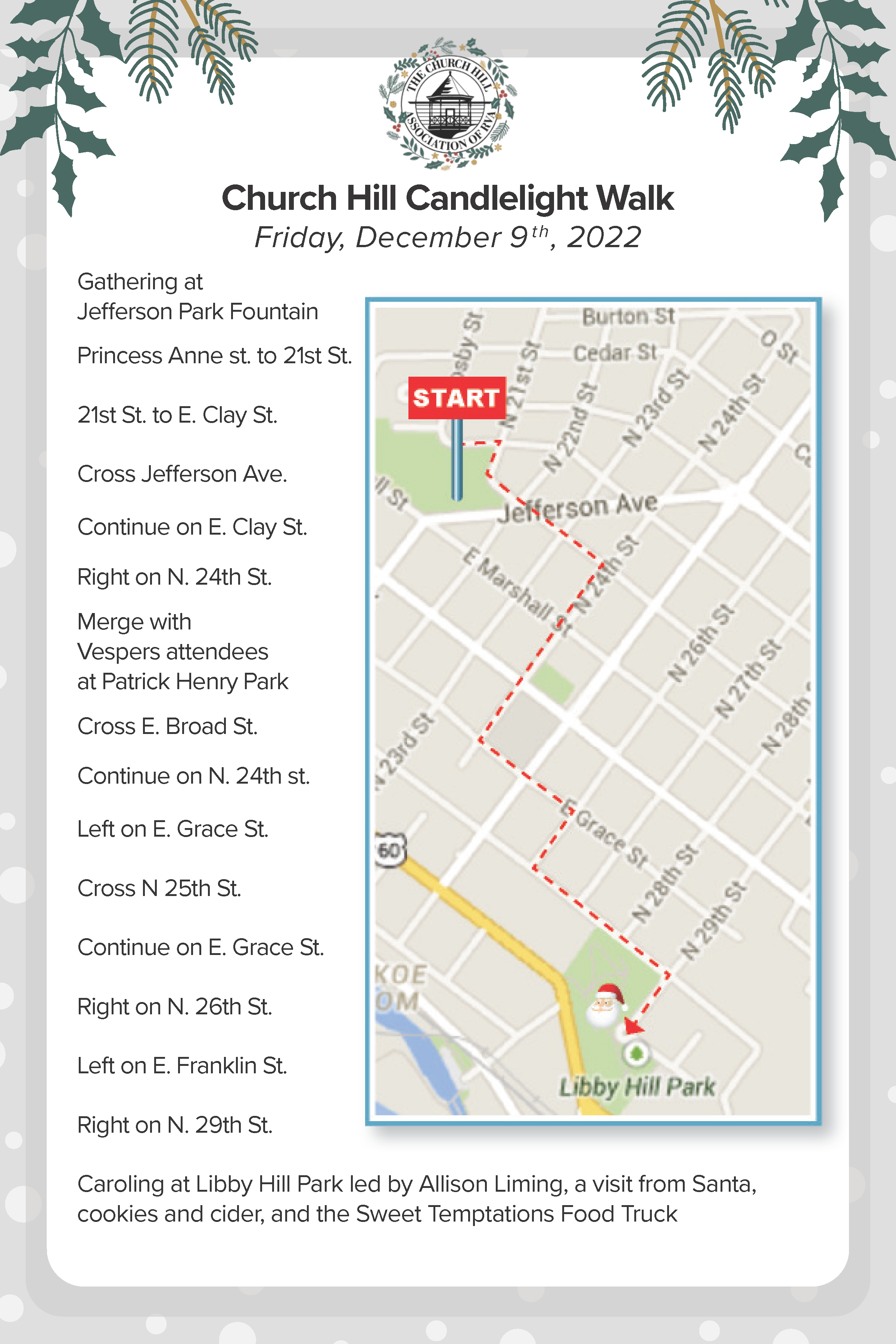 The Sweet Temptations Food Truck will be there with delicious desserts to enjoy.

Vespers, a musical service of thanksgiving at Historic St. John’s Church, 2401 East Broad Street, starts the event. Dating to 1741, the St. John’s Church building was the largest structure in the city for many years. In 1775, 120 delegates to the Second Virginia Convention chose Richmond to meet, to escape from the prying eyes of the Capitol of Virginia at Williamsburg. St. John’s church was the largest building in Richmond at that time. Among those serving in the Second Continental Congress were George Washington and Thomas Jefferson. The legislature was divided on the question of secession from the Crown. It was Patrick Henry’s powerful speech which included the lines: “I know not what course others may take, but as for me, give me liberty, or give me death” that united the congress.

We start the Holiday Weekend on Church Hill in a reflective service of gratitude for our blessings in the space that saw our country’s turning point in our path to freedom.

At the close of the thirty minute Vesper service, the church participants pick up their candles and meet neighbors and friends who have gathered, with candles or lanterns, at Jefferson Park Fountain with the Richmond Pipes and Drum Corps by 7:15p and Patrick Henry Park by 7:30p.

The Richmond Pipe and Drum Bagpipe band leads the parade through historic gas lit streets to Libby Hill Park. Pups on leads are welcome on the walk. The parade stops at the stone that honors Thomas “Mongo” McMahon, our beloved neighborhood police officer, who died protecting our neighborhood.

The parade continues around Libby Hill Park, overlooking the illuminated downtown lights, and ends at the Viewshed, where Richmond was named by William Byrd in 1742.

The parade goers will be led in Holiday Caroling, by a Church Hill favorite musician: Addison Liming. Santa pays a special visit for children of all ages.

The Church Hill Association of Richmond, Virginia is a non-profit 501(c)(3) organization of civic-minded neighbors working together for the betterment of our community. All members are volunteers, and anyone can join.

Copyright 2022 | Maintained by the residents and volunteers of Church Hill.